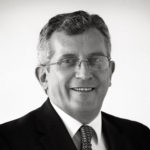 Sometimes persons other than the parents of a child become involved in a family law dispute about a child. The Family Law Act allows grandparents to apply for parenting orders with regard to their grandchildren.[1]  Other persons, including step parents, may also apply for parenting orders provided that the Court finds that they are “concerned with the care, welfare or development of the child”.[2]

Step parents may apply to the court to seek “parenting orders” in relation to a step child, that is:

When the Applicant is not a biological parent of a child or a grandparent, the Applicant must satisfy a threshold test, a preliminary matter, namely, the court must make a finding that the Applicant has an appropriate degree or “nexus or concern with the care, welfare or development of the child in the particular case”. [4]

In the case of Tran & Ngo,[5]  Judge Scarlett dealt with a case where two young children were living with their aunt. Their father was deceased and their mother had left the country. Judge Scarlett had no difficulty to find that the Applicant passed the threshold test and he made orders that:

On the other hand, in the case of R & M[6] , Federal Magistrate Driver dismissed an application by a friend of the recently-deceased father of a child as the Federal Magistrate found that the Applicant had had no prior involvement with the care, welfare or development of the child and therefore had no standing to bring the application.

Judge Neville dealt with the case of a four year old child in Harris & Calvert [2013] FCCA 955 (26 July 2013). The Applicant (not a biological parent) and the Respondent (the biological mother of the child) had been in a same sex relationship, they had been separated for some time and the Applicant sought orders that to enable her to re-kindle her relationship, and spend regular time, with the child. She has not seen or spent any time with him for some two years. His Honour dismissed the application. He found that: “The evidence makes clear that while [the Applicant] certainly was once so engaged in X’s life, she has not been so occupied for a very significant period of time. Accordingly, she does not meet or satisfy the requirements of s.65C(c).”

If you are a step-parent, or someone who wishes to continue be involved in the upbringing of a child after a relationship breakup and want to learn more about your rights and obligations, or if you are a parent wanting to seek payment from a former partner or spouse please contact Carlos Turini.

Family Reports – beyond “He said/She said”

The many stages in your family law matter

So you want to get divorced! 12 Things you need to know

Dear Leah I am extremely grateful for the help and peace of mind you provided during my case. Throughout my ordeal I always felt like my case was in good Read More ...
I want to thank Carlos for an outstanding job done on my family matter. Carlos is an experienced, honest, reliable lawyer who thinks outside the box, great communicator, warm and Read More ...