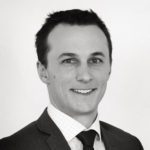 There are growing calls for further regulation and investigation into the funding and provision of nursing home services.  In this context, we examine what exactly is a nursing home provider’s responsibility to their residents.

Does a nursing home owe a duty of care to residents?

Nursing homes are regulated by the Aged Care Act 1997.  This establishes the funding regime for nursing homes and promotes quality care, including establishing a set of Quality Care Principles.  These identify particular services to be provided by a nursing home and set minimum standards required under the Act.   Breach of one of the Principles has consequences under by the Act, but the Act excludes the breach from giving rise to a claim for breach of statutory duty.  However, where the breach would give rise to a claim under tort law (negligence, battery) or contract law, the Act does not exclude those actions being pursued.

Very few claims involving nursing homes have received consideration from Courts.  However, the South Australian case of Chan v Barter & Barter T/A The Pembroke Nursing Home recognised that a nursing home has a duty of care just like that of a hospital.  The Court stated that a nursing home is to provide a standard of care reasonably expected of a nursing home of an equivalent size and type. This is necessarily broad, as it takes into account whether the nursing home provides high or low care, secure dementia care, or respite services.

The Court said a nursing home’s staff are required to show care and skill ordinarily expected of a reasonably competent nursing home worker.  What is required from an Assistant in Nursing and a Registered Nurse will be different.

The key point is, nursing homes do have a duty of care which if breached, could give rise to a claim in negligence.

What must a nursing home do?

Having established that a nursing home does owe its residents a duty of care, the next step is to consider what they are required to do.  As previously stated, the duty is necessarily broad in order to encompass the broad range of services that a nursing home may provide.  These services include:

What did Monash University find?

The researchers reported that 2679 people had died from falls, 261 from choking, and 34 from resident-to-resident assaults from July 2000 to June 2013.  The results were similar to other studies in other developed countries.  Of particular concern, they found that the occurrence of these types of death had not reduced over the past 12 years.

What can I do if I have concerns?

The vast majority of nursing homes provide excellent services and staff.  It is a difficult and scarcely resourced industry.  However, there is growing evidence suggesting there are some very poor practices in some facilities.

The starting point in most cases would be to talk to the facility.  Ordinarily there will be a clinical director, who is usually a highly trained Registered Nurse, responsible for the coordination of services.

If you are uncomfortable with talking to the facility or are unsatisfied by their response, the Aged Care Act establishes the position of Aged Care Complaints Commissioner.  The Commissioner may investigate complaints and work with the parties to resolve the dispute.  However, a recent Australian Law Reform Commission report has highlighted the need for a further scheme to investigate serious incidents, other than the Commissioner.

You could also talk to one of our lawyers, as elringtons has health law expertise on issues such as negligent treatment and substituted decision-making.  We have staff who have worked in the aged care sector.  Apart from providing compensation to a person affected by mistreatment, negligence and battery claims have historically played an important role in highlighting poor practices and driving reform.

If you have concerns about the services you are receiving or the services that are being provided to a loved one, feel free to contact Matthew Bridger or Tom Maling.

New Laws on Physical and Chemical Restraints in Nursing Homes

Was this information useful?

13 Replies to “What Duty of Care Does a Nursing Home Have?”